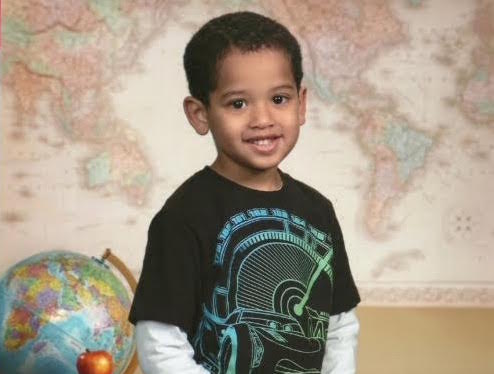 When you are informed that your child has a life threatening disease your whole life changes at that very moment. Our son Natan Jr was 14 months when he was diagnosed with stage 4 neuroblastoma. At first the doctors told us that the reason why he keeps developing fevers is because he has a virus. As time went on his stomach became hard and extended which led us to take him to the emergency room at General Hospital. They performed an ultrasound as well as an Xray. They brought us back to the room and the doctor then advised us of a tumor in his abdomen and then set up transportation to go to Strong Hospital. At Strong Hospital they did all kinds of testing on our son for days. Meanwhile my husband and I are trying to keep it together and make sure that our other two kids are being cared for. A week later once all the testing and poking and prodding completed the oncologist told us that the tumor is cancerous and is in his abdomen and small cells were found on his left leg. When I heard these words I wanted to die. No parent ever wants to hear that there child is sick let alone with a life threatening disease.

In the beginning of our sons treatment we spent 2 months in the hospital. My husband and I were both working at the time. I was only ten months into my job and my job required you to be there for 12 months in order to qualify for FMLA, so because I am my sons primary care giver I lost my job. My husband on the other hand had been at his job for 2 years so he qualified for FMLA. Being on FMLA secures your job but you do not get paid for the time that you take off. So in order to pay our bills and provide for our children we has to dip into our funds that was set aside to buy a house. Once the sixth round of chemotherapy was completed we then chose to take our son to Sloan Kettering Cancer Center in NYC because we wanted our son to receive the best care for his sickness. At Sloan Kettering Natan Jr received his surgery to remove the tumor. This procedure took 7 long hours. But Glory to God the surgeon was able to resect all (100%) of the tumor. After the surgery he received one last round of chemotherapy. After the last round of chemotherapy Natan Jr received radiation for ten days twice a day. When the surgery was completed Natan Jr and I spent 2 months away from his dad and brother and sister.

When we returned to Rochester we both were so happy to be home for three weeks. Then we had to return to Sloan Kettering for the remaining treatments. The remaining treatments that Natan Jr had to endure was mouse antibody which is very painful treatment that has a lot of side effects. Natan completed 5 cycles of the antibody treatment. He is now receiving a vaccination against neuroblastoma. Also every 8 weeks he has to go to Sloan Kettering for several days for work ups (to make sure that he stays clear of any disease). These work ups consist of MRI of the brain, CT of the chest, MIBG scan of the entire body, and bone marrow. Each test requires Natan Jr to be sedated.

We recently reached out to IACKids for help because all of your savings have depleted due to only having one income coming into the house, having to travel so often, and not qualifying for government assistance. Because of IacKids we have some relief with our bills and everyday life. If it weren’t for IACKids I don’t know what we would do, or where we would be. Thank you so much.