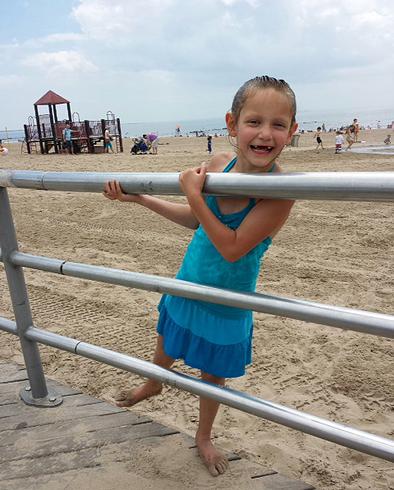 In 2007, Luciana was born with an extremely rare Heart Disease known as Critical Pulmonary Arterial Branch Stenosis (CPABS). While some children born with this disease may have only one or two stenoses or blockages, Luciana was born with dozens of these blockages, many of which are deep inside her lungs. If these obstructions aren’t relieved, her blood doesn’t receive enough oxygen, which can lead to heart failure and death.  Luciana will ultimately need a Heart-Lung transplant.

In October 2013, Luciana underwent her 12th Heart procedure. The RV pressures on Luciana’s Heart caused her surgeon to prematurely terminate this procedure. Luciana’s Cardiologist will now closely monitor these pressures as further research is conducted. Due to it’s rarity, there are only 7 Hospitals in the country involved in this type of research; the closest being Children’s Hospital of Boston.

Two weeks after returning home from Boston, Luciana’s father was downsized at work, the family’s medical benefits have been discontinued, and now the family could face foreclosure of their home and repossession of the vehicle used to transport Luciana to and from her medical appointments. Through all of this, Luciana’s parents are staying strong and focused on Luciana’s medical care.