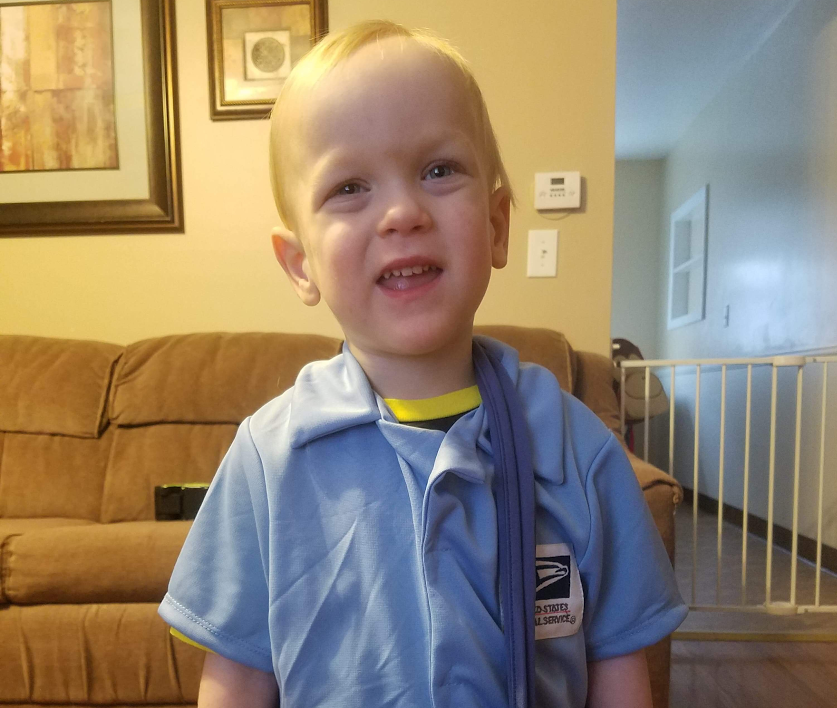 Our son, Cody Dresser, was born early on July 25, 2014 at just 1 lb. 14.7 oz. He was only 25 weeks old gestational. The first two weeks of his life went pretty smooth. Then he came down with a staph infection of the blood that put him on three different ventilators, non­stop tests, lots of medications, and a fear for his life. Heather stopped working one of her jobs after her 6 week Maternity leave was done. She stayed at the hospital daily until I was able to come home after work. This was especially tough because we also had a 7 year old at home also needing our attention. Cody ended up being in the NICU at Strong for 165 days. Since his birth he has had an amazing team of nurses and doctors around him, who are still present in our lives today. Friends of our family, Megan and Jay Ayles, told us about the IACKids foundation; as they too had similar needs when their son Chase was born at 23 weeks gestation a year prior. At this point Loreto Barbone from IACKids took us under his wing and told us all about their mission in helping middle class families and did so with us. The mission was to help middle class families that only one parent could work and the other was by the bedside of the child due to the circumstances of the child. They offered to pay our mortgage, water, and utility bills from September 2014 till April 2015.

This was a ton of weight lifted off of us, knowing that they wanted to help out in this way. I am in the construction field and work is slow from December until April. IACKids has been a true blessing to our family.  I have no idea where we would be currently if this foundation didn’t step in to help.

Cody has improved so much over these past months; it is unbelievable the progress. He weighs 16 pounds 8 ounces as of today. He still is having a very difficult time keeping his weight and gaining, but we are very grateful for each ounce gained on a weekly basis when he is checked every Thursday. This has been a battle that we are working to try to overcome. He is still currently on oxygen and five different medications, which the doctors hope to take away by the winter. Life will be changing for us all again, now that the winter is coming. With a child with Cody’s needs, he really can’t leave the house. It is a challenge to stay home, but whatever it takes to keep him safe is what we will do. Within the past week, Cody has already come down with the RSV virus. He has been very tired and not eating his usually amount of food. We are hoping in about a week or so his condition will improve. It makes it difficult for him to breath and he is just not himself. Cody still averages about 1 – 2 doctor appointments a week outside of the home. Then other therapy’s within the home. He has a visiting nurse come once a week for a checkup, physical therapy once a week, and music therapy twice a month, and feeding/speech therapy once every two weeks. Life hasn’t slowed down for us since Cody’s birth, but it has become more enjoyable and better for all of us. His care at home has become more manageable after getting over the learning curve of most things with his oxygen, monitors (how they work),medications, and working with his needs. Life is a journey, and we keep moving on. We are so thankful he is the happiest baby there is with all he has been thru. We are so grateful he is alive and striving past most goals.

Still to this day, Loreto Barbone from IACKids checks up on our family to make sure we are all doing okay. He has become part of our family and we can never thank him enough.