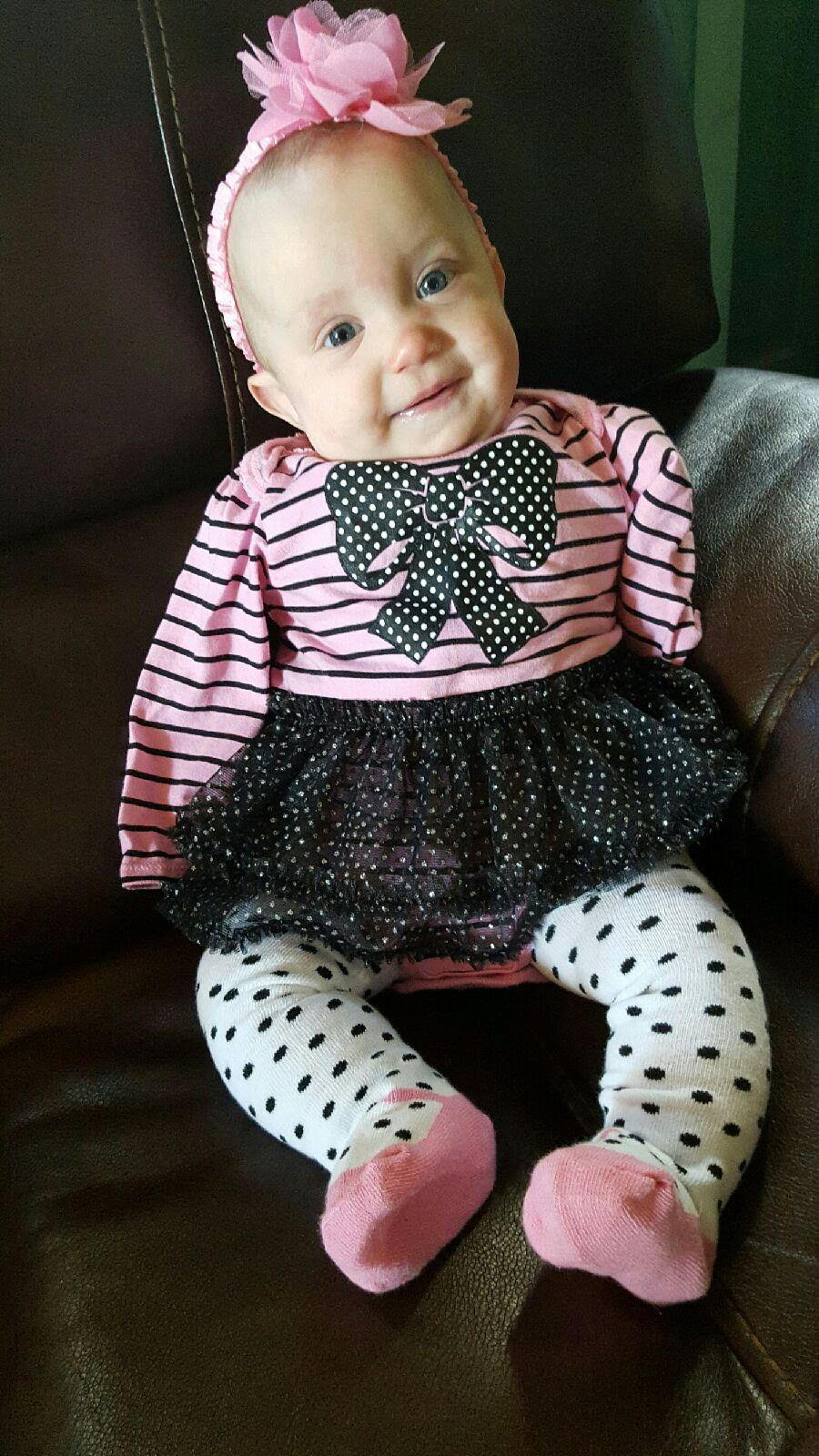 On March 30, 2015 our family welcomed a beautiful baby girl named Charley AnnMarie Greenwood. She was so beautiful and precious I could hardly believe she was really mine. Charley was born with a very rare genetic condition called TAR Syndrome. It causes children to have upper limb abnormalities, low platelets and misshapen legs. Charley doesn’t have arms, but instead she has hands that are where her arms would attach to her shoulders. Since birth Charley has had to have many platelet transfusions at Strong Memorial Hospital and has had surgery to put in a central line to make her transfusions easier for her. She has even been admitted a few times for her transfusions for observation. Since contacting IACKids, they have been nothing but amazing to Charley and our entire family. They are always very kind and gracious to us and have never treated us like anything other than family. A few months ago I was having problems with my vehicle and IACKids helped us without any hesitation. They have truly been a life saver to our family since Charley was born. Charley needs 24 hour care and attention due to her medical condition and the charity has allowed us to focus on Charley and not all of our financial worries. The events hosted by IACKids are also great for the whole family! We recently did the Color Dash and it was a fun time for all of our children. They had healthy food vendors and even Batman and Spider man made a special appearance.

Thank you so much IACKids! You are a life saver!