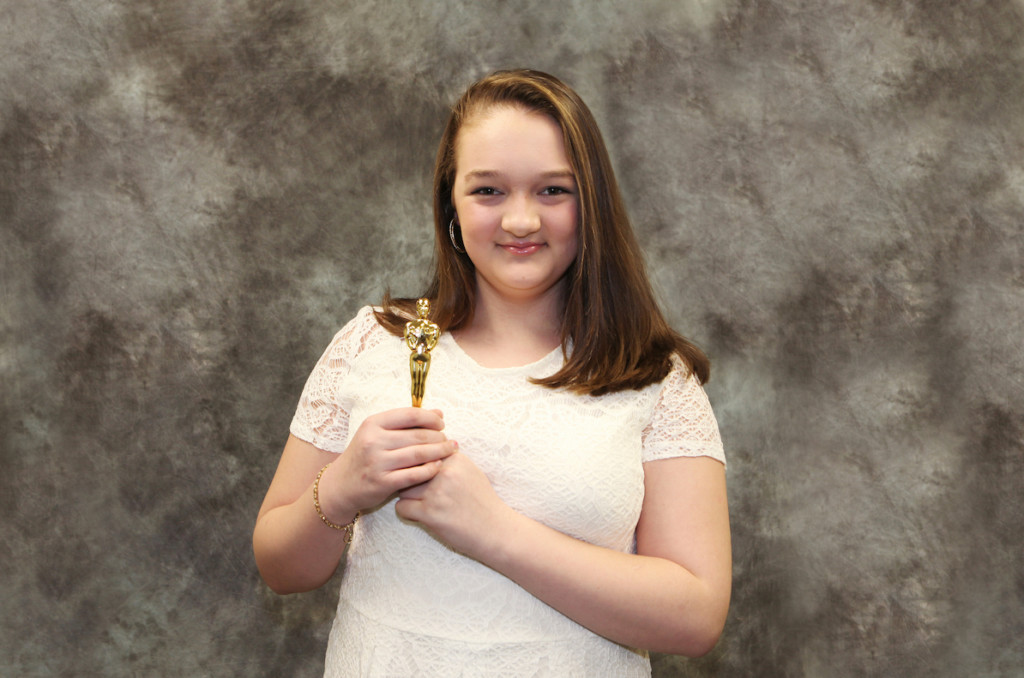 My daughter Brianna is a energetic funny young woman that loved to swim and enjoy any and all things outdoors. Brianna started to experience migraines that would actually debilitate her and keep her from doing the things that she loved. Her pediatrician sent us to an Orthopedic doctor. After many X-rays from the Orthopedic they came to the conclusion that Brianna had a significant curve in her spine that was causing severe pressure on a nerve that would cause the migraines. The prognosis was that Brianna had a 23 & 32 degree S curvature in her spine that would require her to use a brace for her back for 23 hours a day. This was to be done until she had reached her growth limit around age 16. She was only 11. Since Brianna was just beginning the age where she would be reaching her biggest growth spurt, the spine would continue to curve and cause significant physical problems. The problem that we were having is that although this physically and emotionally difficult apparatus was to slow the progression of the Scoliosis, it was not adjusting the curvature that she already had. This meant that Brianna was going to be a candidate for an invasive surgery that would change her way of life forever. The surgery would be to install rods onto her spine that would correct the curve. There were no other options given to us at the time of her diagnosis. The doctors said either brace her and hope for the best or don’t brace her and in probably less than a year or two, she would need surgery. Either way, she had less than a 15% chance that she wouldn’t eventually need surgery.

The next year ran the gauntlet of trials and emotions for Brianna. Physically the brace caused pain, constantly being uncomfortable, rashes, over heating, clothes not fitting, not being able to sit in hard chairs (which caused multiple problems at school.), her muscles began to atrophy. Emotionally it was even more. Kids began to make fun of her, she had to stop swimming, she wasn’t able to participate in activities that she loved, she became more self conscious. Brianna has difficulty with reading and memory processing, so school was already difficult for her. Having a back brace only added to the trouble she was having and increased her anxiety about school.

As Brianna came home from school crying more and more often, and as she would cry at night trying to get comfortable, our hearts broke a little more. My wife, Jenna, began to research alternative treatments for kids with scoliosis. There isn’t much research on pediatric scoliosis and most of the information she found stated that surgery was the only option other than bracing. And 80% of kids in braces end up having surgery anyway.  My wife didnt want to accept that these were our only options. There had to be something else.

That’s when she found the ScoliSmart Clinics. The ScoliSmart Clinic does not believe in bracing. They do not believe in surgery, except for the most extreme cases. There are only 4 doctors in the country that are licensed to practice at these clinics and there are only 4 clinics in the country. This is a relatively new option and had only been started about 10 years ago. Here is an excerpt from the Clinic about how and why they started:

“Over a decade ago we started out on a journey to find “a better way” to treat scoliosis, a way that focused on treating the condition itself, and not just the spinal curve, a way that produced no side effects or pain for the patient, a non-invasive way to train the brain how to learn to hold the spine in a straighter position automatically, and a way to allow a kid to still be a kid, not a condition.  For over 100 years, scoliosis treatment has remained relatively unchanged. Researchers don’t know specifically what causes it, and medical doctors still provide limited treatment options including rigid braces or highly invasive surgery, both of which carry consequences. We understand a great deal more about idiopathic scoliosis than we did even 10 years ago. Knowing that scoliosis is a complex condition that involves several systems of the body and not just bone, muscle, and ligaments, ScoliSMART doctors have created the first scoliosis treatment system to include options that address these systems that are creating and controlling spinal deformity. We have successfully treated thousands of patients with scoliosis and are continuing to improve long term results for patients worldwide.”

Jenna did a lot of research, including speaking to and skyping with doctors from the clinic.  She sent them Brianna’s x-rays and had many long conversations about Brianna and her treatment options. After much deliberation, we decided that this was what we were looking for for our daughter. This was an alternative to bracing and surgery. This would let Brianna hopefully and with the grace of God, return to swimming and the activities that she loves.

Although we were excited about this treatment and the future that the treatment would bring to Brianna, we had to look at all angles of this option; including the cost. As a parent, we want to give our kids everything. Especially things that will improve their lives. Seeing Brianna struggle with something that we physically couldn’t help her with was agonizing. This treatment would do what we couldn’t. We had to find a way to do this for her. But how? How can an average family with multiple children, take 2 full weeks away from work? How can they pay for the travel expenses; gas, food, hotels, and that’s not including the cost of the clinic, x rays, therapy apparatuses, etc? Then we had to think about our other 2 daughters. Taking Brianna to this clinic would mean that the other 2 girls would have to spend 2 weeks of their summer waiting each day at the hotel for their sister to finish therapy. Could we afford to have activities for them while Brianna was getting what she needed? Then IACKids stepped in. They gave my family what my wife and I were struggling to come up with. Not only did they help with the cost of the 2 week clinic, but they helped with the hotel too. They gave my girls a trip to Hershey Park. They turned a long therapy session into a family vacation. They gave my girls a day full of smiles and laughter and a day filled with memories. And for that I can never thank them enough.

The ScoliSMART Clinic accepted Brianna as a patient and were very optimistic that they would be able to help her.  We chose to take her to the Clinic that was located near Lancaster, Pennsylvania.  We would have to go down to Pennsylvania for 2 weeks, during which Brianna would receive intensive therapy for 10 days. This was a physically demanding 2 weeks for Brianna. Her muscles were exhausted after not being used for over a year but she was a champ. She worked so hard, and we were so proud of how she handled herself. Dr. Clay worked with Brianna showing her exercises and therapy that she would have to continue at home once we left Pennsylvania. He set her up with therapy apparatus including weights, head gear, and a Scoli Suit. Xrays were taken before her therapy began and again after the 2 weeks were finished. And do you know that they showed significant change to her spine after just 2 weeks! So much change in fact, that if we were to have taken her to an orthopedic doctor when we returned, she would not have even been a candidate for a back brace. Her curve had dropped that much.

Right now, Brianna has therapy at home she must do 3 time a day. She will need to continue this therapy until she is done growing. She will need to return to the clinic every 6 months to make sure she is maintaining her low curves. Her exercises may need to be adjusted from time to time. But all this is still better than a back brace and better than surgery. She has started middle school this year and has joined the JV swim team. She spent the entire fall, skateboarding, climbing trees, and enjoying all the activities that she could not do while in the back brace. These are all things she is doing thanks to the help from IACKids. Words cannot even begin to express our gratitude to this wonderful group for helping my wife and I give all these things back to our daughter. Thank You board members for being there for families like mine, who just need a little helping hand.

Brianna is a very strong young lady. She wanted her back brace to hang in her bedroom as a reminder to be strong and to work hard in all parts of her life. It is hanging right next to her bedroom door