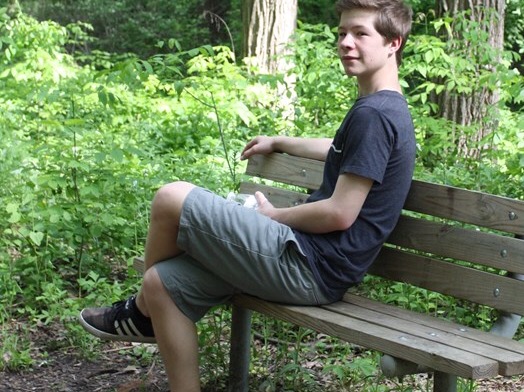 [/fusion_imageframe][/fusion_builder_column][fusion_builder_column type=”3_5″ last=”yes” spacing=”yes” center_content=”no” hide_on_mobile=”no” background_color=”” background_image=”” background_repeat=”no-repeat” background_position=”left top” hover_type=”none” link=”” border_position=”all” border_size=”0px” border_color=”” border_style=”” padding=”” margin_top=”” margin_bottom=”” animation_type=”” animation_direction=”” animation_speed=”0.1″ animation_offset=”” class=”” id=””][fusion_text]We are very thankful that IACKIDS came into our life.  We lived our worst nightmare and IACKIDS stayed by our side through it all.  Our beautiful son Alex was diagnosed with a brain tumor in August of 2015.  We were in shock he was healthy, active, athletic and never sick.  One week he started to have migraines the next week they diagnosed him with a brain tumor stating he needed surgery.  As soon as he was diagnosed I stopped working.  I needed and wanted to be by his side.  We were a two income family barely making it and had no idea how we would financially survive.  Honestly at that point you don’t care if you lose your house or cars you just want to help your child get healthy.  A few days after Alex’s surgery the Drs. told us that he had a rare brain cancer glioblastoma.    They told us the odds were not in his favor to survive but she was hopeful that he would be the exception.  We started very aggressive treatment that involved daily radiation and at one point three different chemotherapies. In September we received an e mail from the hospital social worker saying a group called IACKIDS wanted to help us.  They had heard about Alex through a mutual soccer acquaintance.  She said they were a group of people that saw a need to help middle class families financially when their child had a life threatening disease.  We reluctantly filled out an application for assistance.  John Butera came to our home explained how they could financially assist us with our bills and really listened to our concerns for our child.  We thanked him and said we did not need their services yet.  Some call it denial or just pride but we were not willing to take the help.  John kept contacting us checking on Alex and reminding us that they were there.  Finally in November with Christmas coming and needing to buy my oldest sons college books I contacted John.  I said I was concerned that Christmas was coming and we could use some assistance with bills.  It took a lot to ask for help and Johns answer was “great we will start paying your bills and don’t worry about Christmas we have a supporter that has you covered”.   It was more than I expected and a huge relief to not have to worry about some of the bills.  John came and visited several times after that and brought his brother Neil and Mike Trippany to assist us as well.  Neil took care of the bills and Mike would call and check on us and bring us wegmans cards.  Without IACKIDS we would not have been able to pay or mortgage and car payments.  I can’t imagine the stress of taking care of Alex his twin brother Nick or Erik who was in college and worrying about bills.  The financial support provide by IACKIDS was amazing. It allowed us to focus on our family and keep things as normal as possible.  As important as the financial support was the emotional support provided by IACKIDS was priceless.  Mike, Neil and John would frequently contact me checking on things.  Mike stopped by one day when Alex was sick he sat on the couch and told stories of his childhood and made Alex laugh through the pain.  Neil stopped by another day when Alex was ill and gave him a signed soccer jersey and arranged for the soccer player to call Alex when he was in the hospital.  We can’t express how much that meant to us and Alex.

I wish Alex’s story had a happy ending but it does not.  He died March 5, 2015 after battling cancer for 7 months he was 16 years old.  It has left a huge whole in our hearts and in our family.  IACKIDS did not stop helping when Alex died.  Mike came to our home with a poster size picture of Alex they assisted with funeral costs and paying bills until we could get on our feet financially.  We still receive texts and they sent us to a Buffalo Bills game.  When we think of IACKIDS we think of Mike ,John and Neil being there for us but we also think of a faceless crowd of supporters behind them that allowed them to take care of our family through their kindness and donations.  Thank you for helping Alex and our whole family.[/fusion_text][fusion_button link=”/meet-the-iackids” color=”default” size=”” stretch=”default” type=”” shape=”” target=”_self” title=”” gradient_colors=”|” gradient_hover_colors=”|” accent_color=”” accent_hover_color=”” bevel_color=”” border_width=”1px” icon=”” icon_position=”left” icon_divider=”no” modal=”” animation_type=”fade” animation_direction=”up” animation_speed=”1″ animation_offset=”” alignment=”left” class=”” id=””]BACK TO MEET THE IACKIDS[/fusion_button][/fusion_builder_column][/fusion_builder_row][/fusion_builder_container]